You are what you eat isn’t just an old saying. It’s actually scientifically documented by many studies. All of these studies say, in one form or another, that what you eat determines your skin condition. Here are seven common foods, according to trial studies as well as advice from a top dermatologist in NJ that will help to keep your skin healthy and clear and, in one case, even fight skin cancer.

The results of a large scale French study produced by PLoS ONE proved that there were beneficial skin effects that came from using olive oil. That study involved over 3000 French Men and Women, aged 45 – 60, and correlated diet with the photographic images of their skin. Even when other factors, such as smoking or sun exposure history, were taken into account, olive oil was the decisive factor in determining more youthful and less sun damaged skin. Other oils, such as French mainstays safflower and peanut oil, didn’t prove to be as effective. Obviously, just a diet of olive oil wouldn’t be the suggestion. But for your skin’s sake olive oil should be your oil of choice for salads or toppings where you usually use butter.

One British study confirmed that if you take modest helpings of tomato paste, say 5 tablespoons, and you combine that with a tablespoon of olive oil, that this gave trial participants 33 percent more protection  from sunburn than the trial group  just using olive oil. It is believed the antioxidant lycopene improves the skin’s natural Sun Protection Factors (SPF). One doctor warns, however, this wouldn’t be an adequate replacement for sun screen.

The European Journal of Nutrition discovered if you consistently ate dark chocolate for 12 weeks that this improved your skin’s moisture. The other benefit of eating delicious dark chocolate (The dark chocolate peanut butter cups at Trader Joe’s come highly recommended…) is that it seems to offer a significant amount of sunburn protection. Obviously, this can be too much of a good thing and that could cause weight concerns. So you should never exceed one bar per day if you’re watching your weight as well.

Or more precisely, because sardines offer 1.5 grams of Omega 3 fatty acids, which combats inflammation, which combats acne. According to one study that can be found at PubMed.gov, participants given only 2 grams per day of Omega 3 fatty acids were found to decrease their inflammation significantly. The study lasted 10 weeks and no severe adverse effects were reported. The study also found that acne lesions decreased.

People who drank Green Tea daily for 12 weeks had skin that was smoother and more elastic than the control group that did not drink the beverage, according to a study published in the Journal of Nutrition in 2011. It was found that participants who drank the Green Tea also had one quarter less sunburn than the control group. It is believed that ingredients called “catechins” boost blood flow and oxygen to the skin and thereby helps keep your complexion healthy. You can take Green Tea cold or brewed.

Kale, the hot new leafy green, has all kinds of benefits but because one cup contains more than your daily needed dose of Vitamins A and C it is also very effective at keeping your skin firm.

Also, Kale is a rich source of zeaxanthin and lutein, which have been shown to neutralize the free radicals caused by UV Light, according to research found in the Clinics of Dermatology. You can also cook kale in a multitude of ways.

There is an ingredient in orange peels that fight skin cancer. People who ate orange peels or lemon zest had a 33 percent decreased risk for squamous cell carcinoma while just eating the fruit or juice had no effect, according to researchers from the University of Arizona. But how do you eat orange peels? Well, one way is that you can cut them up into strips and cook them into your chili. They would sort of look like orange peppers after the cooking process one would hope. Not to mention edible.

As always, contact a dermatologist if you have any concerns or questions about these dietary items. 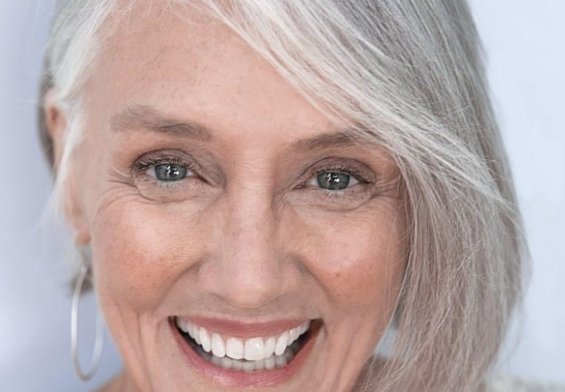 Things You Can Do To Prevent Aging

How to Prevent Diabetes