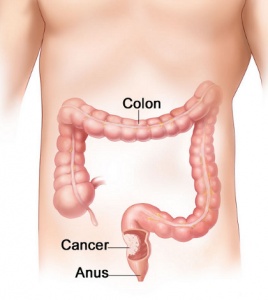 According to the American Cancer Society, colon cancer is the third leading cause of cancer-related deaths in the United States among both men and women. This deadly disease is expected to cause more than 50,000 deaths in 2014 alone. Prevention and routine testing are still considered to be the best ways of fighting colon cancer. If you have reached your 50th birthday, gastrointestinal (GI) doctors recommend that you begin regular colon cancer screenings, since early detection is key to diagnosis, treatment, and a good prognosis for colon cancer.

Colon cancer is a tumor that occurs in the large intestine, which is the lower part of the digestive system. Colon cancer tumors are malignant, which means they invade and destroy nearby tissue and may spread (metastasize) to other systems of the body. Colorectal cancer is a term used to refer to both colon cancer as well as rectal cancer, which is cancer of the last several inches of the colon. Colon cancer most often grows out of benign, or noncancerous, cell clumps, or polyps. Colon cancer screenings are the best method of detecting these polyps. For this reason, routine colon cancer screenings are recommended by GI doctors as well as the American Cancer Society, especially for persons over the age of 50. Polyps can be spotted on screenings, and they can be removed before they become cancerous tumors.

According to the Mayo Clinic, signs of colon cancer include changes in bowel habits such as diarrhea, constipation, or change in stool consistency; persistent abdominal discomfort such as gas or bloating; rectal bleeding or bloody stools; weakness or fatigue; unexplained weight loss; and the feeling that bowels are not emptying completely. However, polyps often have no symptoms, and colon cancer often does not have symptoms in its early stages. For these reasons, routine colon cancer screenings, especially for those over age 50, can be an important tool for detecting colon cancer.

After family history, lifestyle can be a major factor in contracting colon cancer. For this reason, making changes in diet and activity are vital to colon cancer prevention. For people with an average risk of developing colon cancer, there are several ways to prevent it. A diet rich in fruits and leafy vegetables contains the fiber, vitamins, and minerals necessary to prevent colon cancer. These foods contain antioxidants, which are substances believed to fight the damaging effects of the free radicals that can damage cells. Other methods of colon cancer prevention include limiting consumption of alcohol to no more than one alcoholic beverage per day, smoking cessation, as well as maintaining a healthy weight. Exercise also plays a role in colon cancer prevention because it can keep weight at a healthy level, which can help to fight off disease.

For people with a higher risk of developing colon cancer, prevention can include medications as well as surgery. For example, if you have one or more family members diagnosed with colon cancer and you are in a high risk group because of this, you would do well to discuss the risks and benefits of medication and surgical preventions with your Queens GI doctor. Additionally, one of the best methods of colon cancer prevention can be routine colon cancer screenings that can detect colon cancer in its early stages. These screenings can also detect polyps, which can be removed surgically before these benign tumors become malignant.

There are several methods of medically treating colon cancer, and which method your GI doctor recommends will most likely depend on the stage of your cancer as well as its location. The three primary medical treatment options include surgery, radiation, and chemotherapy.

Early stages of colon cancer, as well as precancerous polyps, can often be removed completely with surgery. Polyps, if they are small enough, typically can be removed during a colonoscopy, which is a test that allows your GI doctor to look at the interior lining of your large intestine. For invasive cancerous tumors in the colon, a surgeon may need to perform a partial colostomy, which is a removal of the section of the colon that contains the cancer. For advanced cases of colon cancer, a surgeon may recommend surgery to remove the blockage for symptom relief, as cure often is not as likely as would be if the cancer had been detected early. Your GI doctor likely can recommend other forms of treatment such as radiation or chemotherapy which may improve prognosis.

Radiation therapy utilizes powerful sources or energy such as x-rays to kill the cancerous cells that can sometimes remain after surgery. Radiation can also help to shrink large tumors before surgery is performed in order to facilitate easier removal. Rarely used in early stages of colon cancer, radiation therapy has become a routine part of rectal cancer treatment.

If you are experiencing any of the symptoms of colon cancer, it is vital that you speak with a GI doctor in your Queens area to decide if a colonoscopy is warranted. A GI doctor may recommend that you be screened regularly if you have risk factors such as family history of colon cancer or any of the other risk factors such as obesity or sedentary lifestyle. Prevention and early detection are still the most effective means of detecting colon cancer and saving lives. 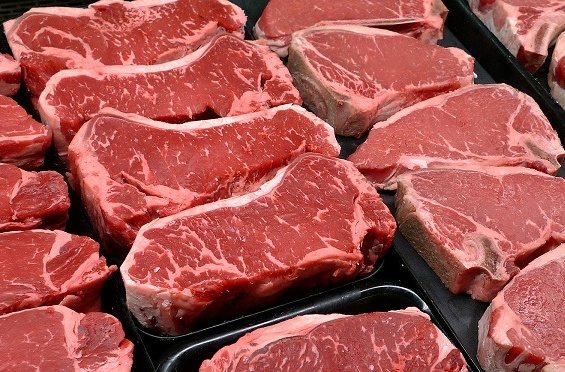