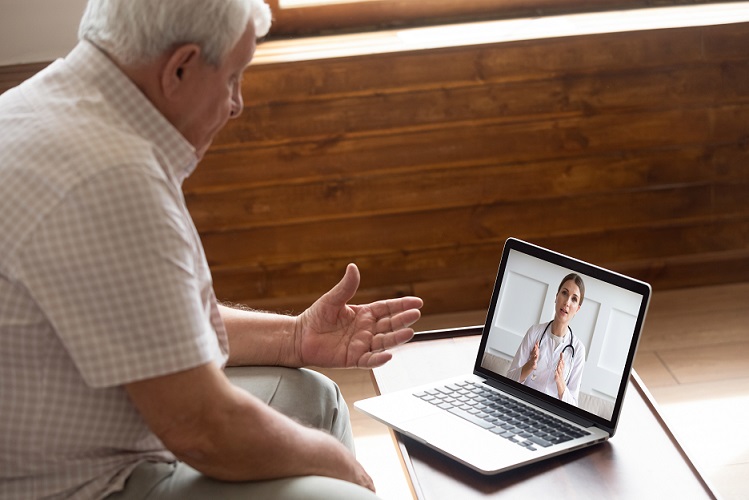 Due to the current concerns about coronavirus and access to medical advice and services, telemedicine seems to be on people’s mind more than ever these days. While modern technology has definitely made it faster and easier to gain access to health experts, the concept of telemedicine hardly qualifies as a modern-day invention.

What Do We Mean by Telemedicine?

Telemedicine is an umbrella term for the different ways your doctor and you can communicate via technology without being in the same place. Therefore, it encompasses video chats, emails, texts, and phone calls of course. Alternatively, it is referred to as telehealth, digital medicine and e-health.

Essentially, telemedicine is using telecommunications to dispense medical help and advice. For example, you might use video conferencing software to have a televisit with a neurosurgeon to discuss recent test results. It represents an affordable, more convenient method for physicians to see their patients. In addition to reducing costs, telehealth saves time while still benefiting from the kind of face-to-face interactions people are accustomed to from in-person visits. Moreover, the advent of apps like FaceTime for use with iPhones and iPads means that nearly everyone has easy access to this type of care.

How Did Telehealth Get Its Start?

In order to better understand telemedicine, it may be helpful to understand exactly how it got started. While astute observers of the futuristic 1960s cartoon The Jetsons may recall their youngest son Elroy video conferencing with his doctor, the roots of telemedicine actually go back a bit further.

When the invention of radio in the early 1900s transformed communication, people started to conceive of a way in which doctors could treat their patients with this new technology. Indeed, a Radio News magazine article from April of 1924 includes an illustration of a doctor speaking to a patient through a video call. While this actuality was still nearly a century away, it wouldn’t take too many more years before the first strides were made in telemedicine.

One of the first instances of telehealth dates back to Pennsylvania in the 1940s. In the world’s first instance of an electronic medical records transfer, radiology images were sent between two townships over telephone lines 24 miles apart. Eventually, as motion picture and television technology developed, video medicine came into being.

The first widely regarded instance of a real-time video telemedicine consultation occurred at the University of Nebraska in 1959. In this case, clinicians created a two-way television transmission to send  neurological information between medical students across campus. Five years later, they adopted the technology for video consults between doctors and patients at a state hospital. Naturally, these programs evolved with healthcare professionals sending all kinds of medical data such as x-rays and electrocardiograms.

How Has It Evolved?

The driving force behind these early trials was to expand access to healthcare in rural areas and to handle medical emergencies in urban areas. While the new programs went a long way toward accomplishing these goals, video conferencing equipment was still expensive and difficult to set up. As a result, the technology still had a ways to go before replacing in-person visits to doctor’s offices in the 1970s and 80s.

Telemedicine, the Internet and Smartphones 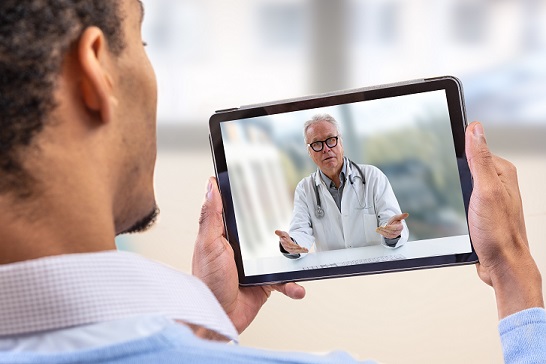 It wasn’t until the arrival of the internet in the 1990s and, subsequently, smartphones that everything changed. And as soon as the transition to electronic medical records occurred, there was no looking back. Using the internet, vendors could swiftly provide access to medical information for both providers and patients. Furthermore, the applications for PCs and mobile devices made it possible for patients to consult with a specialist from just about anywhere. These apps also spurred the flow of information critical for the advancement of telemedicine such as photos and videos from patients, medical images and scans, and the measuring of vital signs.

As a result, patient portals have become standard nowadays for patients to access lab results, refill prescriptions, or send a private message to their physician. And patients can receive urgent, primary and specialty care without having to meet a physician in person. Moreover, patients now have access to round-the-clock care through online-only healthcare providers.

Although significant progress has occurred with respect to improving healthcare access to remote areas and streamlining the handling of medical emergencies within cities, telemedicine has really evolved as a way to make modern medicine much more convenient for people.

What’s the Future for Telehealth?

With all the talk about better access to healthcare through technology, it’s begs the question of where we’re headed as we embark on the third decade of the 21st century. With the Coronavirus global health pandemic crippling our nation’s vital healthcare resources, it has become more important than ever for people to have quick access to medical advice without potentially exposing others to an infectious disease.

While we naturally expect video quality and user experience to improve patient doctor interactions, novelty items such as wearable fitness trackers may become the next avenue for remote patient monitoring, enabling doctors to assess a patient’s vital signs in real time. Having access to this type of data can reduce the frequency or even the necessity of some doctor visits.

Furthermore, we should expect telemedicine to gain even greater prominence as medical reforms seek to expand healthcare access to the uninsured and the underinsured. As healthcare organizations and software companies continue to invest time and energy into technology to make healthcare more efficient and more affordable, telemedicine is perfectly poised to meet the needs of the next generation.