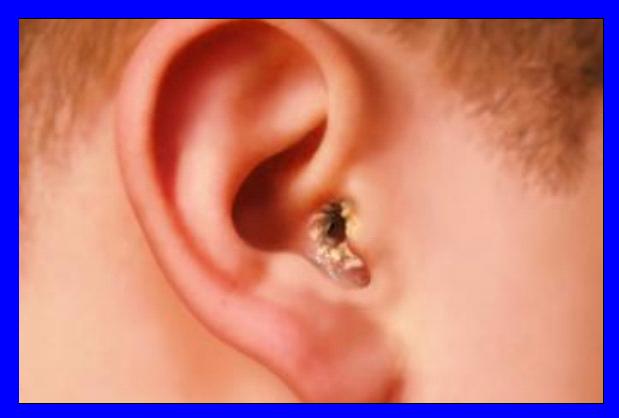 Swimmer’s ear isn’t just for swimmers. It’s only named ‘swimmer’s ear’ because swimmers tend to experience it more than other people. But the fact is that swimmer’s ear can happen to anyone; just because you’re not a swimmer, don’t expect to be immune from it. The website of the Mayo Clinic defines swimmer’s ear, simply, as an infection in the outer ear canal. (The outer ear canal is that part of the ear’s structure which runs from your eardrum to the outside of your head.) So, if you have ears, you can get swimmer’s ear, and you don’t have to swim to get it. Do you take showers or baths? Do you wash your hair? Do you ever find yourself caught in the rain or in humidity? Do you use headphones or clean your ears with cotton swabs? If you answered ‘yes’ to any of these questions (and hopefully you did, especially the shower/bath thing), then you can be prone to these infections of the outer ear canal that are also known as ‘swimmer’s ear.’

There are a number of signs and symptoms that will alert sufferers to the fact that they are experiencing an outer ear canal infection, otherwise known as swimmer’s ear. These symptoms range in severity from mild to severe. Naturally, the more severe your swimmer’s ear symptoms, the more progressed the infection has become.

Following is a list of some of the more mild symptoms you can expect to experience from an outer ear canal infection:

Following is a list of symptoms you likely will experience with an outer ear canal that is worsening:

The following list of symptoms is considered severe; it’s important to see your doctor (even before the symptoms get to this point):

The reasons that a swimmer’s ear infection can occur include:

Unfortunately, swimmer’s ear can affect anyone. Fortunately, it doesn’t have to. There are a number of swimmer’s ear treatments available over-the-counter these days. Your doctor will also have treatments for your outer ear canal infection. And if you’re someone who would rather try to rid yourself of your swimmer’s ear yourself, there are even swimmer’s ear treatments that can be performed at home. Warm a few drops of extra virgin olive oil, place them in your affected ear, and then place a clean cotton ball over your ear to prevent the olive oil from draining out. Keep the cotton ball there for 10 to 20 minutes. A variation on this home remedy is to use baby oil in place of extra virgin olive oil. These are just a couple of the home remedies that have been used for centuries to treat and even prevent swimmer’s ear from occurring. If you find yourself with recurring outer ear canal infections, be sure to talk to your healthcare professional about preventive measures as well as treatment options available to you.