Basically there are only two types of lasers which are used for treating the skin: ablative and non-ablative. They each work different ways to achieve positive results. An ablative laser will vaporize the top layers of the skin which have become damaged. Once these damaged layers are removed, the cosmetic issue is alleviated. Non-ablative lasers work a little deeper and lessen the damage without the top layers of the skin being damaged or removed. There are actually hundreds of categories of skin lasers that fit into these two categories. The main difference in lasers is the wavelengths or the color of light that they emit. The varying colors treat the various skin issues. Choosing the right laser skin treatment will depend on the desired end result.

There are three most commonly used non-ablative skin lasers: pulsed-dye laser (PDL), Nd:Yag Laser, and the Alexandrite Laser. The PDL is used to treat vascular lesions, stretch marks, birthmarks, spider veins, broken capillaries, and fine lines around the eyes. ND:Yag Laser is used for removal of unwanted hair, tattoos or spider veins. It can also help to rejuvenate the skin and repair pigmentation issues with the skin. The Alexandrite laser skin treatment is commonly used for removing tattoos, hair and leg veins.

Do laser skin treatments have any side effects?

Ablative lasers do not typically have as much down time as non-ablative laser treatments since they treat the skin at the surface level. However, even though they are less invasive they will still require at least a couple of weeks to heal. With the Erbium laser there can be some bruising or redness which is usually gone inside of 2 weeks. Erbium lasers are a good option for individuals who have very dark skin tones. Non-ablative lasers can have a few side effects. The PDL can have some bruising following the procedure and sometimes the skin’s pigmentation changes temporarily. The Yag Laser is not one of the best treatment options, as its success rate is lower than some of the other options available and when it is used for vascular lesions they frequently recur. The Alexandrite Laser is used for treating leg veins, and removing tattoos and unwanted hair as well. This type of skin treatment laser is usually a better option for removing fine, thin hair. It is also a good choice for those desiring to remove dark tattoos such as those colored black, yellow or green. It is also a good choice for those persons who have very light or pale skin tone. 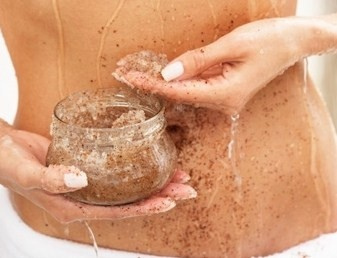 How To Make Skin Tone More Even

8 Foods That Are Bad for Your Skin