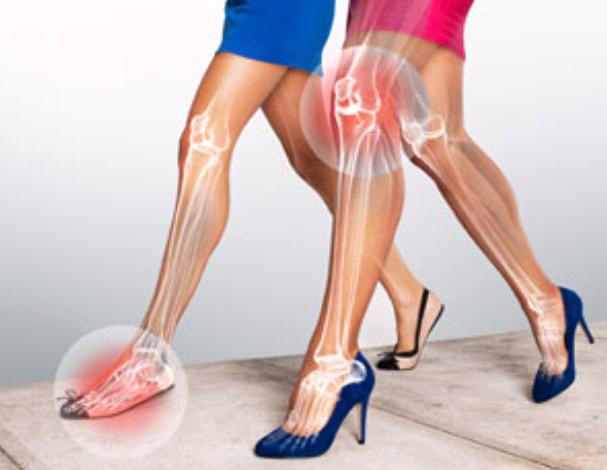 Way back in the 10th century, during the Tang Dynasty, a rather barbaric practice of Chinese foot binding of young girls, aged six years or younger, began.  The feet of these poor children were wrapped in tight bandages and broken so they couldn’t grow any bigger.  Why would such an atrocity be done you may ask?  Well, binding the feet to make them appear tiny and delicate was practiced by wealthy families, as only wealthy families could afford to have the women of the house stay at home and not work.  When you saw a Chinese woman with very tiny feet, you instantly recognized that as a status symbol representing prestige, beauty and wealth.

If you scoff at the above idea, consider this – the people of Western civilization, all these years later, think nothing of a woman teetering on heels so spindly that she can barely walk and with only a prayer she will not topple over and break a bone, or two, or three.

Women even joke about their infatuation with high heels – they don’t care how much pain and suffering they have to endure, because, after all, stilettos transcend them into a femme fatale.  Even if women are short in stature, heels give them a commanding presence.  Heels are a boost to any woman’s ego because suddenly their legs look long and shapely as opposed to short-heeled, sensible shoes which make them feel short and dowdy.