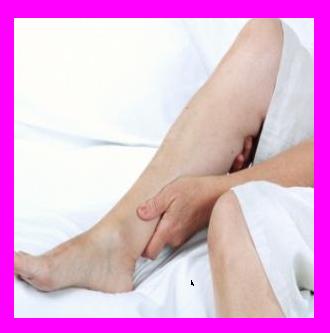 If you are for RLS treatment you will need to first understand what causes this disorder, treatment, and of course any ways on how to keep it from coming back again and again.  First and foremost, it should be noted that if you have RLS, this is a lifetime condition.  You will have it forever, but there are ways to keep the sensations at bay or at least lessen them so that you can actually sleep comfortably at night.  In most of the cases of RLS doctors seeing patients don’t actually know what the cause of this condition is.  However, it is noted that almost half of the people that have RLS have family members or a history of family members that have had it.  Because of this, most doctors suspect that this happens via genetics.  But, if this is not in your family history, and you have no idea why it started, here are a few other possible causes:

– Medical Conditions, Lack of Minerals and Vitamins or Chronic Diseases:  People that have a natural or unnatural vitamin and mineral deficiency, especially when it comes to iron, oftentimes will get RLS.  Obviously the best way to try to fix this is by taking iron supplements and eating foods that are higher in iron.  Chronic diseases like arthritis, Parkinson’s disease, and Diabetes also play a part in and can be the cause of restless leg syndrome. If you have a chronic disease, sometimes by treating the disease itself you will help with the symptoms of RLS.

– Medications:  Medications are meant to make you better, however, since most of them also have side effects, RLS may be one of the ones you might experience.  This happens quite a lot with anti-nausea, anti-psychotics and anti-depressants.  However, it can also happen with things like cold and allergy medicines as well.

– Pregnancy:  Some women that are pregnant have complained of restless leg syndrome, especially if they are in their last trimester.  However, this is more of a temporary thing and tends to go away after a month or so.

– Other Varying Factors:  Other things like insomnia, alcohol, drugs, cigarettes and even caffeine can also cause the symptoms of restless leg syndrome.  If you like your coffee throughout the day, try subtracting a cup or two and see if this helps your situation out.

Unfortunately when it comes to this condition, there are no tests a person can take to see if they have RLS or not.  Instead, it’s a doctor’s responsibility to make sure the patient is telling them about any and all symptoms they may be having, as well as take a thorough look into the patient’s lifestyle, food and drink consumption, family history, genetics, medication use, drug use and more.  Make sure that if you are having any symptoms that pertain to RLS that you speak to your doctor about them – no matter how small or insignificant they might seem to you.

As mentioned earlier, this is usually a lifelong condition, however, if you can’t get rid of the condition, you can try to get rid of the symptoms or at least easing them.  Most people that talk to their doctors about RLS treatment will be told that they need to make a few changes such as lessening the consumption of alcohol or caffeine, they may also be told to join the gym and exercise more often, or try to create normal and regular sleeping patterns.  Other forms of treatment may include things like leg massages, Epsom salt baths, vibrating pads called Relaxis or in some cases medications, though these don’t really treat RLS the condition, but rather the symptoms.