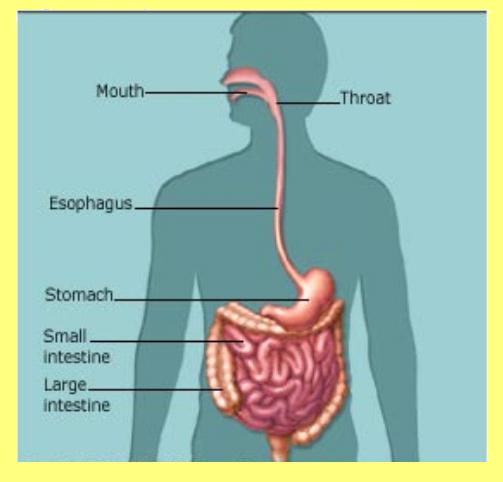 The entire human body works in concert, with all systems being equally important to your overall health. Of course, if you’re experiencing complications due to digestive problems such as diarrhea or constipation, you likely think the gastrointestinal system is slightly more important than the others. Everyone experiences these problems at one time or another, and when it happens, it can take a huge toll even on everyday activities, let alone living with energy and vibrancy. Proper digestion is critical in order to supply everyone’s body with the nutrients needed, not just to survive, but to thrive and live an energetic life. Every food and beverage we put into our bodies needs to be broken down, properly stored, used for energy, or branded a toxin and effectively flushed out. But have you ever wondered how that happens? How does the human digestive system work in order to properly digest food and keep our bodies healthy? Here’s information from top GI doctors in Flushing about how digestion works, as well as tips on the best foods to eat in order to keep your digestive system performing optimally.

The human digestive system is comprised of a number of organs, many of them in a type of passageway mode in order for food to pass through them. The main organs involved in digestion include the mouth, esophagus, stomach, small intestine, large intestine, rectum, and anus. These are the passageway-shaped organs that allow food particles and liquids to pass through them. Other organs that are directly involved in digestion include the pancreas, liver, and gallbladder. It’s also important to note that the brain and nerves play a vital role in digestion as well. The pilgrimage of the food you eat and drink happens over approximately 30 feet of twisting, windy intestinal roads, and it takes on average of several hours for all of this to occur. Once done, the whole process starts all over again, naturally, each time you eat and drink.

Digestion begins; you guessed it, at the mouth. As you eat or drink something, the item you have just consumed starts to get digested via digestive enzymes that are secreted in the mouth as you chew. These enzymes help to break down food substances such as carbohydrates. As you swallow, the food passes into the esophagus, where a process begins known as ‘peristalsis.’ This is the mechanism whereby organ walls are contracted in the digestive tract, advancing the food through and carrying it on to the stomach. The stomach is a bit of a multitasker, as it is charged with storing food as well as mixing it with acids in order to start the process of breaking down substances such as protein. Next, this broken-down food is passed on to the small intestine. The intestines are incredibly important organs of the body, as this is where most of digestion happens. In the small intestine, digestive enzymes work to break down proteins and fats. It is here in the small intestine that nutrients are absorbed and then passed through the large intestine. The large intestine then condenses waste and stores water that’s left from its little brother, the small intestine.

When all of this has taken place, the waste needs to be expelled from the body. This happens through the passageway organs, the anus and the rectum. Other organs that play a vital role in digestion are the liver, pancreas, and gallbladder. Two of the liver’s main jobs are to remove toxins and filter blood that comes from the digestive tract and then pass it the rest of the body. The pancreas is tasked with secreting pancreatic juice that contains digestive enzymes to assist in absorption of nutrients in the small intestine that help to further break down carbs and proteins. The gallbladder aids digestion and stores and concentrates bile produced by the liver.

There are myriad health problems that can occur if digestion goes wrong, especially since there are so many organs involved in this process. If something goes wrong during swallowing, choking can happen. If stomach acids back up in the esophagus, heartburn can occur. The esophagus can also become inflamed, which makes it difficult to swallow foods. If this occurs, ‘food sticking’ can happen and surgery might be necessary. If too much acid builds up in the stomach, an ulcer, or hole, can occur in the stomach. An ulcer is gastric acid burning a hole in the stomach itself. If too many processed and sugary foods are eaten and not enough fibrous foods that aid in cleansing the colon are consumed, constipation can occur, among a number of other complications including colon cancer. For all of these reasons, it is necessary to drink plenty of water every day; to eat a balanced diet that includes fibrous fruits, vegetables, and whole grains; and to limit or even eliminate poor health habits such as excessive alcohol intake and smoking.

A properly functioning digestive tract is critical to a well-performing, healthy body. If any of the organs of the digestive system aren’t working the way they should, it’s unlikely that anything in the body will work properly. Most of us don’t think much about our digestive systems until there’s a problem, but the fact is that knowing a little about how your digestion system works can help you to see how important each organ’s function fits into the whole system. Human digestion is like a system of gears that all work together for the health of the body they’re a part of, as each gear performs its part of the overall mission. Contact a gastroenterologist in your neighborhood if you have further questions about proper nutrition to keep your digestive system functioning optimally.