What is The History of Ebola?

What Is Good Dental Hygiene? 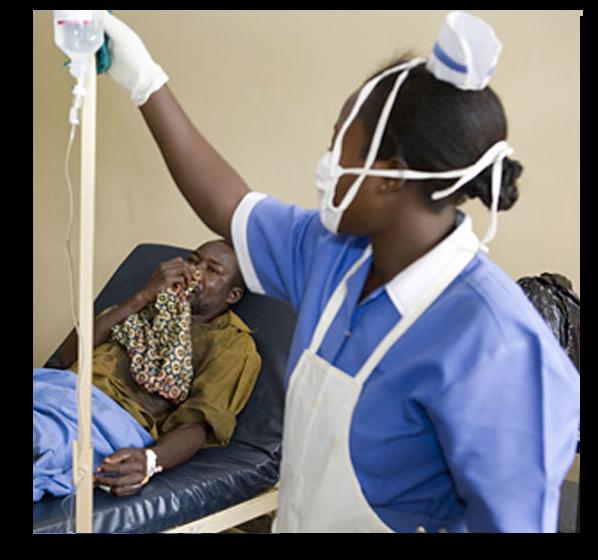 To date, there is no known cure for Ebola virus disease (EVD). However, the fact that some have died from it while others have survived gives one optimism about its containment and eventual eradication. Ebola’s survivors are living proof that the effects of this deadly disease are not like that of a tornado, wherein one survives and another dies, with no rhyme or reason able to be attributed. Outbreaks have been contained in the past, and the fact that infected patients are surviving and walking away from the disease is testament to new treatments being devised that may be working. What are the treatments that seem to be making a significant difference?

The first outbreak of Ebola occurred in 1976 in two simultaneous occurrences, one in the Democratic Republic of Congo (then Zaire) near the EbolaRiver, and the other in the Sudan. During these outbreaks, 318 people reportedly were affected, and 280 of those died from the disease. Ebola was contained, due in part to changes in the way patients who died from the disease were buried, as contact with their bodies was limited. This latest outbreak saw its beginnings in West Africa in March of 2014. Since that time, more than 4,900 patients have died from Ebola’s effects. Many of these fatalities have occurred in Liberia, Guinea, and Sierra Leone. However, most patients who have been treated in the United States have survived. As of October 28, nine people have been treated in the United States for Ebola, with one of those cases resulting in a fatality and others surviving or reported in serious-but-stable condition. The difference in survival rates is being attributed to the differences in care. In the U.S., a forceful offensive is being waged by the medical community against Ebola.

Speedy treatment in a high-quality hospital

All those patients infected with Ebola who were treated in the United States were rushed to high-quality, qualified U.S. hospitals to be treated. Four hospitals in the U.S. reportedly have been preparing for a number of years to treat cases of Ebola, and these are the hospitals where Ebola survivors in this country were treated. Among these hospitals is EmoryUniversityHospital in Atlanta, where two of the country’s Ebola survivors were treated. Another is Omaha’s NebraskaMedicalCenter, where another survivor was recently released.

Another vital factor that has been involved in treating all survivors of Ebola is quick and thorough rehydration. Ebola is a systemic viral infection. This means that it attacks every human organ including tissue except skeletal muscles and bones. Once referred to as Ebola hemorrhagic fever, Ebola virus disease is noted for causing hemorrhaging and blood clotting, which can cut off blood supply to vital organs. Ebola is suspected of reducing a patient’s immune system response. The symptoms of Ebola include spontaneous bleeding from bodily orifices and skin tears, with early symptoms including fever, severe headache, joint pain, muscle pain, followed by severe stomach pain, diarrhea, and vomiting. Bleeding can also occur in the eyes, tongue, and nose. Because of the severe diarrhea and vomiting that occur in patients infected with Ebola, quick and significant rehydration is vital for survival. According to some of the doctors who are caring for Ebola patients, the most important factor in treatment is managing fluids and electrolytes. Dehydration can be fatal, and this means that aggressive rehydration and thorough attention to a patient’s lab values can be the difference between life and death.

Three of the surviving patients who were treated in the United States received plasma donations from another of the survivors. Many in the medical community are theorizing that the blood plasma of the contributing survivors contained the antibodies needed to fight Ebola virus disease. The surviving contributor, Dr. Kent Brantly, and the three who received his plasma donation, luckily, are all of the same blood type. Dr. Brantly remarked that he will continue to contribute plasma donations to Ebola patients as much as needed.

The World Health Organization reports that immunological and drug therapies are currently under development. Additionally, potential vaccines are undergoing evaluation to prevent further Ebola outbreaks. Though drugs typically must run through clinical trials in order to be available for use, a panel from the WHO opines that it is more ethical to offer experimental drugs to fight Ebola, even if their effectiveness and side effects are not yet known, as opposed to continuing to risk Ebola’s current 50-percent mortality rate. The experimental drugs that are currently being developed and tested are ZMapp, a biopharmaceutical comprising three monoclonal antibodies; favipiravir, an antiviral also known as T-705 being developed in Japan; brincidofovir, an antiviral being developed in North Carolina for Ebola and small pox; and TKM-Ebola, a drug under development in Canada. The WHO has approved and authorized the use of some of the experimental drugs for what it terms ‘compassionate use’ in West Africa and other areas where containment is proving to be profoundly difficult.